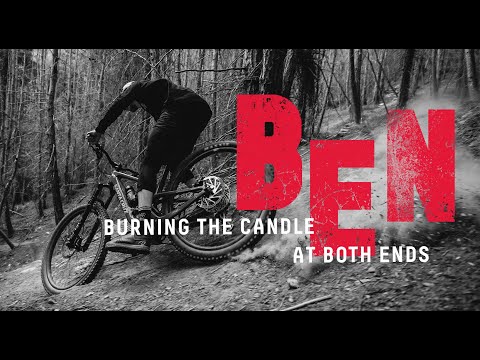 Ben Hildred has spent years in search of the eternal summer. A native of Lincoln, England, he milks the Northern Hemisphere’s warm months in places like Whistler, British Columbia, before absconding to Queenstown, New Zealand, to make the most of the Southern Hemisphere summer. Ben’s quest for the endless summer has allowed him to explore the world’s premier riding communities on his constant source of ground transportation—his mountain bike.

He’s never owned a car, opting instead for two-wheeled freedom, whether commuting to work or simply riding his favorite trails. Ben’s daily bike time is sacred, offering space for relaxation and reflection, as well as serving up a perpetual series of self-conceived challenges. These challenges are anything but ordinary. In 2018, he successfully “Everested” the agonizingly steep Skyline access road to the Queenstown Bike Park, climbing the equivalent of Mount Everest’s 8,848 metres in a sleepless, 19-hour sufferfest.

Having conquered Everest, Ben last year set his sights on an arguably bigger challenge: To climb 55,000 vertical metres in only 30 days, using his beloved Skyline access road as the principal conduit—all while holding down his full-time bike-mechanic job at Queenstown’s Vertigo Bikes. This meant dedicating December of 2019 to burning the candle at both ends, waking each day at 5 a.m. to grind out a minimum average of 1,834 vertical metres of ascending before opening the bike shop at 7:45 a.m. to work a complete shift. Over the course of 30 days, he climbed the Skyline access road 111 times—a feat that was rewarded with 111 blistering descents on the steep-and-rowdy bike park trails. For Ben, the challenge was its own reward. But bombing all those sweet downhills was the icing on the cake.