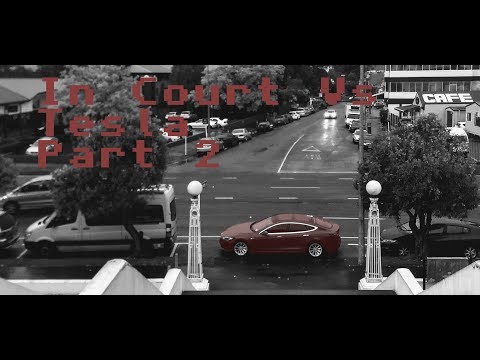 For regular followers: No decision yet but I’ve been promised one by Christmas!

For the rest: I’ve had a stink time rebuilding a crashed Tesla. To understand the issues check the other videos in this playlist (or just Google it, I’m not the only one). Despite a promise that the car would have supercharging Tesla have refused it.

Rather than taking it lying down I took Tesla to New Zealand’s Disputes Tribunal to try and sort it out. This video is from the second (and final) day’s hearing. This has been dragging on for months (I bought the car in June 2017, its now December 2018). I
should have a written decision from the tribunal before Christmas. I’m glad its almost over 🙂
.
..
….
…….. Time to focus on Tesla numbers 2 & 3 now…