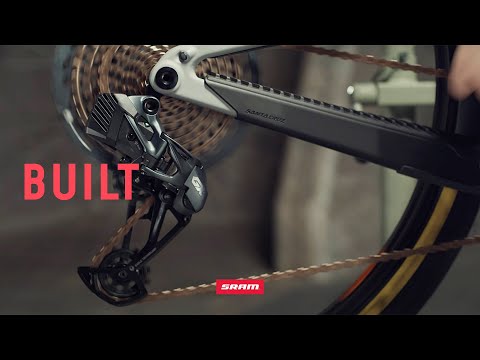 Posted in Videos By Michael GPosted on May 12, 2021Tagged e-bike, electric bike

At home on almost any trail you put it on, the Santa Cruz Hightower is definitely a mountain biker’s mountain bike. On this build we focussed on versatility, function-ability and of course; style. This bike has been built up with our GX Eagle AXS drivetrain with our Copper Eagle chain and Cassette, Code RSC Rainbow brakes, with suspension and wheels from Rockshox and Zipp respectively. Enough travel to handle the burly descents but light and spritely for the climbs, this bike is purpose constructed to go All Day.