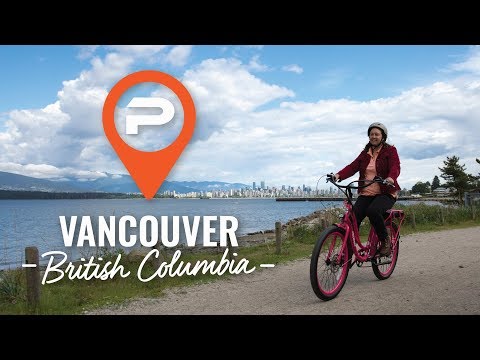 There’s a reason Vancouver, British Columbia has one of the most vibrant bicycle cultures in North America. With its huge bike path network, mild weather and beautiful views wherever you turn, the largest city in Western Canada is perfect for electric bike riding.

In fact, Vancouver has the longest uninterrupted waterfront path in the world! The 28-kilometre Seaside Greenway is a continuous pathway that extends from the Convention Centre to Spanish Banks Park and includes the world-famous Stanley Park Seawall. It’s perfect for an electric bike because you can easily cruise up the occasional hill while enjoying seaside views.

Another popular Vancouver bike trail follows the waterfront past Jericho park and Kitsilano Beach, which is near where our store is located. You can ride all the way to the University of British Columbia!